Peter H. Putman, CTS®, ISF, is president of ROAM Consulting LLC.. A 40-year veteran of the AV industry, Pete has written extensively on digital video and display technology for numerous consumer and trade magazines, and is a frequent speaker at major trade shows and technical conferences, including the Society of Motion Pictures and Television Engineers (SMPTE) annual technology conference, the National Association of Broadcasters trade show, the Hollywood Post Alliance Technology Retreat, and the InfoComm International trade show in June in the U.S.
Pete holds a Bachelor of Arts degree in communications from Seton Hall University and a Master of Science degree in Television and Film from Syracuse University.
Pete received the 2008 Educator of the Year Award and is a Senior Academy member of InfoComm University™ faculty, as well as a former Education Director for the Society of Motion Picture and Television Engineers (SMPTE). 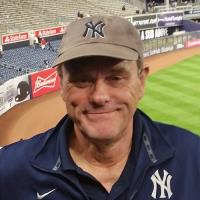