Barbara Lange joined SMPTE in January 2010 as Executive Director. She is responsible for executing the Board of Governors’ strategic vision to increase the Society’s visibility and relevance in an ever-changing media ecosystem. The Society focuses on three pillars of activity in Standards, Membership, and Education and the various programs within each. Highlights of Ms. Lange’s tenure include successfully launching the Society’s first digital library of its complete intellectual property back to 1916; adding Executive events in Europe; publishing regular updates on Standards activities; overseeing the establishment of the newest Sections in over a decade in India, UK, and within the US; and successfully establishing the Society’s Next Century development fund as part of its Centennial in 2016. Prior to joining SMPTE, Ms. Lange developed a focus on product management as a scholarly publishing executive, often speaking at industry conferences. She spent her career at the world’s largest technical association, IEEE, and the German scholarly publisher, Springer-Verlag. Ms. Lange holds Bachelors of Arts in Chemistry and German from Washington and Jefferson College in Washington, PA and completed the Executive Development Program at the Kellogg School of Management at Northwestern University in Evanston, IL. 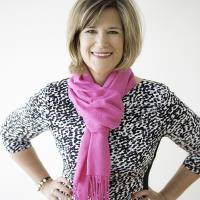