Full Name
Ron Eng
Job Title
Sound Designer/Mixer/Supervising Sound Editor
Company
Eng Sound Services
Speaker Bio
Ron Eng was born in Miami, Florida. He started his schooling in Miami but at age
twelve moved to Boca Raton, Florida where he finished his grade school education
at Boca Raton High School. Florida State University was Ron’s next stop. He studied
Music at FSU and got his BA in Music Theory. Shortly after graduating from FSU,
Ron spent three years in Los Angeles playing music in several different
Rock/Folk/Jazz groups and, after three years of mostly touring around the western United States, he decided to move back to Boca Raton. A few years later a fellow musician in Los Angeles called Ron and told him about this new career in Post
Production Sound. His friend had talked to his supervisor about giving Ron an entry-level position in his sound facility. So, really knowing nothing about this new job, Ron drove across the country again and in 1989 he started in Post Production Sound as a Sound FXs editor working on the Waveframe, a new piece of digital audio gear at the time. Fortunately, Ron had plenty of computer experience because of his interest in midi and computers related to Ron’s previous career. Soon after his experience on the Waveframe, Ron also spent several years working as an animation film assistant and audio technician giving him a solid foundation of past,
present, and upcoming technologies. As the digital revolution took over the film industry in the 1990s Ron moved from assistant to editor and designer. In 1996 Ron landed his first supervising job on an animated film for Disney Toon Studios.
Since then Ron has gone on to supervise, mix and design on films for over twenty-three years, receiving Golden Reel nominations on “Coraline,” “Jungle Book II,” “Paranorman” and “Lion King 1 ½”, to name a few. As well as double Emmy nominations for his mix and design on Twin Peaks. Ron’s goal has always been to work on the most challenging, interesting, and diverse feature films/broadcast media. For a more complete list of credits please visit Ron’s imdb.com page or his
website: http://gigeng.wix.com/ron-eng-sound-design
Speaking At
Maximizing Your Career and Its Potential 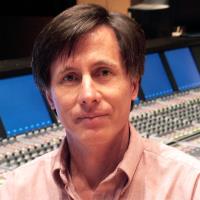