Full Name
Jeri Palumbo
Job Title
Broadcast Sports and Entertainment Mixer, Audio and RF Tech
Company
Sports and Entertainment
Speaker Bio
Jeri has been a broadcast audio mixer and specialist for the past 27 years in Sports and Entertainment. Prior to her work in broadcast, she spent years as a trained musician and arranger on the music side of the business before going into post production and eventually live broadcast. With a current focus on live remote broadcast events, Jeri's work has included the NFL, NBA, MLB, NHL, NASCAR, Super Bowl, World Series, Stanley Cups, the Oscars and more. Entertainment shows have included The Tonight Show with Jay Leno, Conan O'Brien and American Idol to name a few. She also won a Telly Award for mixing the live bluegrass show “Songs of the Mountains”. Jeri has worn the hats of broadcast engineer/mixer, field audio, RF tech and communications and most recently broadcast A1 mixer for gaming eSports in immersive surround 5.1. Jeri served on the RF Coordination committee for the NFL, NBA All-Stars and serves in the same capacity for the Rose Bowl every year. Jeri also worked on the NFL's Enhanced Audio team (sounds from the field) on it's debut roll-out.

Jeri comes from 4 generations of musicians and multi-instrumentalists. Her mother was a professional jazz musician as was her grandmother. Her grandmother's father, Jeri's great grandfather, was also a musician and violin-maker. And Jeri's father was a folk guitar player. Being completely surrounded by music, Jeri began playing piano at age of 3 and by high school was gigging, arranging and writing scores. Jeri attended The Juilliard School of Music as a composition/orchestration major which landed her a contract as a musical director. It was in one of those sessions that she saw her first Fairlight and thus decided to become an engineer. Jeri is a member National Academy of Recording Arts and Sciences (NARAS/Grammys), the American Society of Composers, Authors and Publishers (ASCAP) and is a contributing writer for Mix Magazine.
Speaking At
Maximizing Your Career and Its Potential 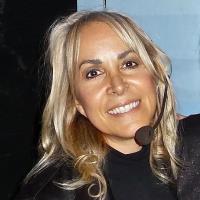