John Mailhot has been working in the field of digital High-Definition Television systems since its North American inception in 1990, first as part of the AT&T-Zenith Team, then as technical lead for the Grand Alliance encoder, and later as engineering manager and general manager of Lucent Digital Video, Aastra Digital Video, Harris Broadcast, and now Imagine Communications. Today John is CTO of Networking and Infrastructure at Imagine Communications. He has two degrees from MIT and is a Fellow of the SMPTE. 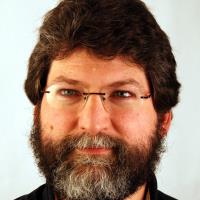