Full Name
Mark Mangini
Speaker Bio
Mark is an Oscar-winning (MAD MAX FURY ROAD) and five-time nominated Sound Designer known for films including BLADE RUNNER 2049, STAR TREK I, IV, & IV, THE FIFTH ELEMENT, GREMLINS and RAIDERS OF THE LOST ARK. He has spent his entire 42-year career in Hollywood imagining and composing altered sonic realities for motion pictures. He is a frequent lecturer, an outspoken proponent for sound as art and a guitarist/songwriter with compositions in sex, lies and videotape, Star Trek IV and others. He is a member of S.A.G, SMPTE, and ASCAP.
“Having grown up a musician, I am avowed of the idea that all organized sound is music. I see my work in movies every bit a composition as those of Beethoven and the Beatles. I just happen to use dissonance, specious melodic content and arrhythmia to it’s fullest advantage. My works are no less considered, designed, creative or manipulative. They just aren’t hummable.”
A Boston native, he attended Holy Cross College as a foreign language major but could not ignore his love of film and filmmaking. He moved to Los Angeles at 1976 and landed his first job in the entertainment industry in the sound department of Hanna Barbera Studios making silly noises for children’s cartoons at the age of 19. “My ears, having been keenly trained by years of language study and playing guitar, suited me well for a career of critical listening and creating unimagined aural worlds and fabricating sonic realities for motion pictures. “
He founded and ran Weddington Productions, a successful Hollywood post-production sound company for the 25 years. Today he works at the Formosa Group in Hollywood, California continuing his work as a Supervising Sound Editor, Sound Designer and Re-recording mixer on such recent films as BLADE RUNNER 2049, BLACK MASS and THE ACCOUNTANT.
Speaking At
The Creative Process of Designing Today’s Movie Soundtracks - Produced by AES 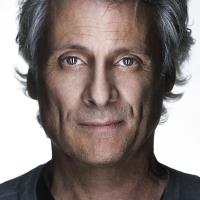