Randy has been nominated for fifteen Oscars, an Emmy and a Grammy. He has received two Oscars: one for The Right Stuff, and one for The Incredibles. Randy was honored with the C.A.S. Career Achievement Award in 2010 and the MPSE Career Achievement Award in 2014.
Speaking At
The Creative Process of Designing Today’s Movie Soundtracks - Produced by AES 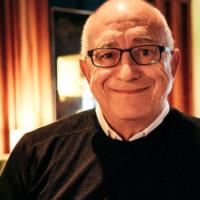