Jonatan Samuelsson is Co-founder and CEO of Divideon, a software development and technology licensing company. Before starting up Divideon, Jonatan worked as researcher and project manager at Ericsson. He started working with video compression in 2007, after having received his M.Sc. degree from the Royal Institute of Technology (KTH) in Stockholm. Jonatan was actively involved in the standardization of the High Efficiency Video Coding (HEVC) standard, contributing primarily with high-level syntax features such as the Reference Picture Set (RPS) concept. After the first version of HEVC was completed, Jonatan continued to contribute to the extensions of HEVC and to standardization activities in ATSC, DVB, and IETF.

In early 2017, Jonatan co-founded the software video compression company Divideon. Jonatan has been CEO from the start and has been working with implementing Divideon's primary (and so far only) product – the software-defined open source video codec xvc, which uses cutting-edge coding tools and provides better compression performance than all other existing video codecs. Jonatan has been main designer of one of the most unique features of xvc which is the framework for selecting a subset of coding tools to be used for encoding without the need for negotiation or upgrade of the decoder. This concept is something that Jonatan is now contributing to MPEG's standardization work. Jonatan is also involved in activities aiming at improving the licensing situation of coming generations of video coding standards and is the Chief Communications Officer of the Media Coding Industry Forum (MC-IF). 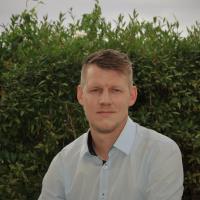