At major venues around the world, on TV, and in R&D, Dr. Roger Schwenke applied his expertise in acoustics.

Dr. Schwenke contributed significantly to the development of the Constellation Active Acoustic System for musical performance, restaurants, and classrooms. The many installations he has worked on include SoundBox and Oliveto Restaurant as featured in the New Yorker article “Wizards of Sound”, the AIA award winning Pearson Theater at Meyer Sound, premier classrooms at Panum Institute in Copenhagen and Lathrop Library at Stanford University, as well as numerous others across the North and South America, Europe, Russia, Israel, New Zealand, and Venezuela.

Dr. Schwenke has appeared as an expert in acoustics on the Discovery Channel's show MythBusters so many times, that he has been named "Honorary MythBuster" by the show. He was awarded the Journal Certificate of Merit by the Society of Motion Picture and Television Engineers (SMPTE) for his contribution to a paper on the interaction of loudspeakers and projection screens. He was program chair of the 166th meeting of the Acoustical Society of America. He presented at the Aerospace Testing Seminar on producing noise induced vibrations for satellite component validation/verification.

Schwenke received his Doctorate in Acoustics from Penn State University in December of 2000; his thesis work in advanced detection and estimation methods was sponsored by the Applied Research Laboratory. 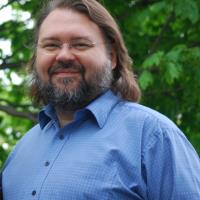