Anustup Choudhury received the Ph.D. and M.S. degrees in Computer Science from University of Southern California (USC), Los Angeles in 2012 and 2007 respectively. He is currently a Senior Researcher at Dolby Laboratories. His research interests include image/video analysis and processing, pattern recognition, computer vision, computational photography and machine learning. His work has been published in the proceedings of reputed conferences and journals such as ICIP, ICPR, CVPR, ICCV, CSVT and JOSA A. His papers have received special recognition as one of the best papers in IEEE BTAS 2007 and as a top 10% paper at IEEE ICIP 2015. He is also an inventor of multiple patents. 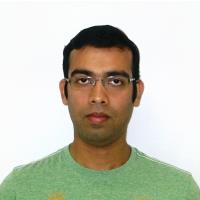