Eric PINSON, has an engineering degree in electronics and computer science from the Polytech school of University of Nantes (France).
Eric started working in 1993 for ITIS-HARRIS as a R&D hardware development engineer during two years. Then Eric managed the Customer Support Service during another two years and took the position of Marketing Product Line Manager until 2000, covering DAB and DVB-T product lines. In 2000, Eric acted as a consultant specialist of Terrestrial DTV technology and conducted few key projects, focussing on the national digital TV roll-out in France. He joined in 2003 a French distributor reselling products and solutions for TV Broadcasters, where he initiated and developed a new business covering IPTV.
Eric joined TeamCast in 2006 as Product Manager and took the responsibility in 2010 of the Terrestrial Business Unit. Further to the acquisition of TeamCast by ENENSYS group in 2017, Eric is managing the Terrestrial Market activity for the group.
Speaking At
Broadcast Gateway, Heart of ATSC 3.0 Delivery Network 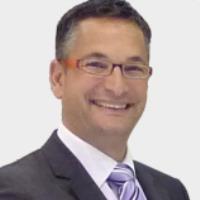