Full Name
Corey P. Carbonara
Speaker Bio
Dr. Corey P. Carbonara is a Professor of Film and Digital Media at Baylor University and Co-Principal Investigator of the 6P Color Systems Research Project focusing on multi-spectral color processing for digital cinema/broadcast television, along with his Baylor colleagues Dr. Michael Korpi and Gary Mandle. Prior to his work at Baylor, Dr. Carbonara worked at companies such as RCA, Editel/Columbia Pictures, and Sony.

Professor Carbonara has served in a variety of capacities on numerous state, national and international engineering committees, working groups, subcommittees and panels for the Federal Communications Commission (FCC), Society of Motion Picture and Television Engineers (SMPTE), Advanced Television Systems Committee (ATSC), the Institute of Electrical and Electronic Engineers (IEEE) and the International Telecommunications Union (ITU-R). He is a Fellow of the Society of Motion Picture and Television Engineers (SMPTE) and a member of the Academy of Digital Television Pioneers. He has published in numerous scientific and professional journals where he has authored or co-authored papers for the SMPTE Motion Imaging Journal among others. 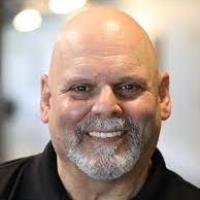